How to Configure Static IP Address on Ubuntu 17.10 and Higher Versions

December 23, 2022 Leave a comment on How to Configure Static IP Address on Ubuntu 17.10 and Higher Versions

In our previous tutorial, we went over how to configure a static IP address on Ubuntu 16.04. In this tutorial, we will go over how to do so on Ubuntu 17.10 and higher, because starting from Ubuntu 17.10 and up, Ubuntu introduced a new network configuration tool called NetPlan to manage network settings. This new command-line tool replaced the old interfaces file (/etc/network/interfaces) which is used to manage network interfaces on older versions of Ubuntu and to manage IP addresses bound to these interfaces. By default, NetPlan is active on all the latest versions of Ubuntu including Ubuntu 22.04. We need to edit the YAML script, that we can found in the location /etc/netplan directory, to configure Ubuntu interfaces.

Before starting changing the network configuration (/etc/network/interfaces/*.yaml), we need to find the interface name on the server. For that we can use any of the following commands.

From the above results, we can see that the active network interface name is eth0.

Please see the below example to configure the static IP address 192.168.0.14 on the eth0 interface.

Now, you need to run the following command to apply the changes.

Verify that the new IP address has been added successfully by running the “ifconfig” command. 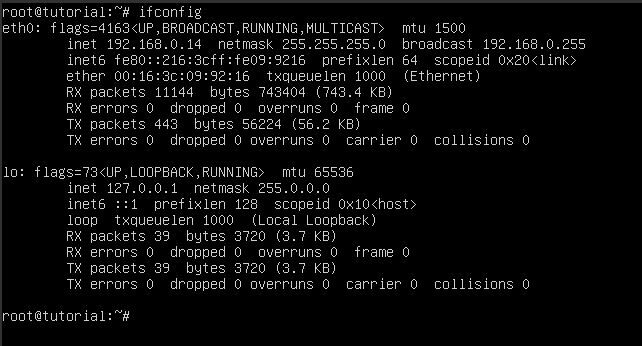